The Institut Laue-Langevin part of project on autonomous experiments 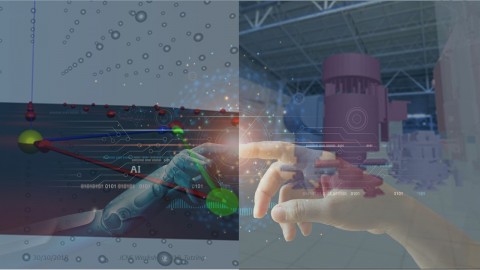 gpCAM has been developed by the CAMERA team and uses a novel, self-learning algorithm based on Gaussian process regression, enabling gpCAM to make autonomous decisions on the best next point to perform measurements and collect data.

According to Martin Boehm, instrument scientist at the Institut Laue-Langevin: “For spectrometry this offers a new way of doing experiments. We saw the instruments evaluate the next optimum points for measurements to take place, which has halved the measuring time in our test runs. And we are just at the beginning of this development.”

In contrast to current machine learning or artificial intelligence technologies, where algorithms are trained on very large data sets (‘big data’), gpCAM can be trained and conditioned with a comparatively very small set of data points. The aim is to work with fewer but more informative data points, reducing experiment time and costs, and facilitating data interpretation for the researchers.

Marcus commented: "It is part of CAMERA's mission to bring together interdisciplinary co-design teams from around the world to tackle high-impact scientific challenges. ILL has had a significant impact on the success of that mission by lending expertise, time and equipment to push autonomous discovery in neutron scattering to the next level. We hope to continue this work for years to come."

About the ILL
Institut Laue-Langevin is an international research centre based in Grenoble, France. It has led the world in neutron-scattering science and technology for almost 50 years, since experiments began in 1972. ILL operates one of the most intense neutron sources in the world, feeding beams of neutrons to a suite of 40 high-performance instruments that are constantly upgraded. Each year 1,200 researchers from over 40 countries visit ILL to conduct research into condensed matter physics, (green) chemistry, biology, nuclear physics, and materials science. The UK, along with France and Germany is an associate and major funder of the ILL. www.ill.eu