York, UK, 11th November 2021 / Sciad Newswire / Antibiotic Research UK (ANTRUK) has released new research on antibiotic prescribing in England during the first 12 months of the pandemic. The research shows a 17% reduction in the prescribing of antibiotics in general practice compared to the previous year (pre-pandemic: March 2019 to February 2020; pandemic: March 2020 to February 2021). 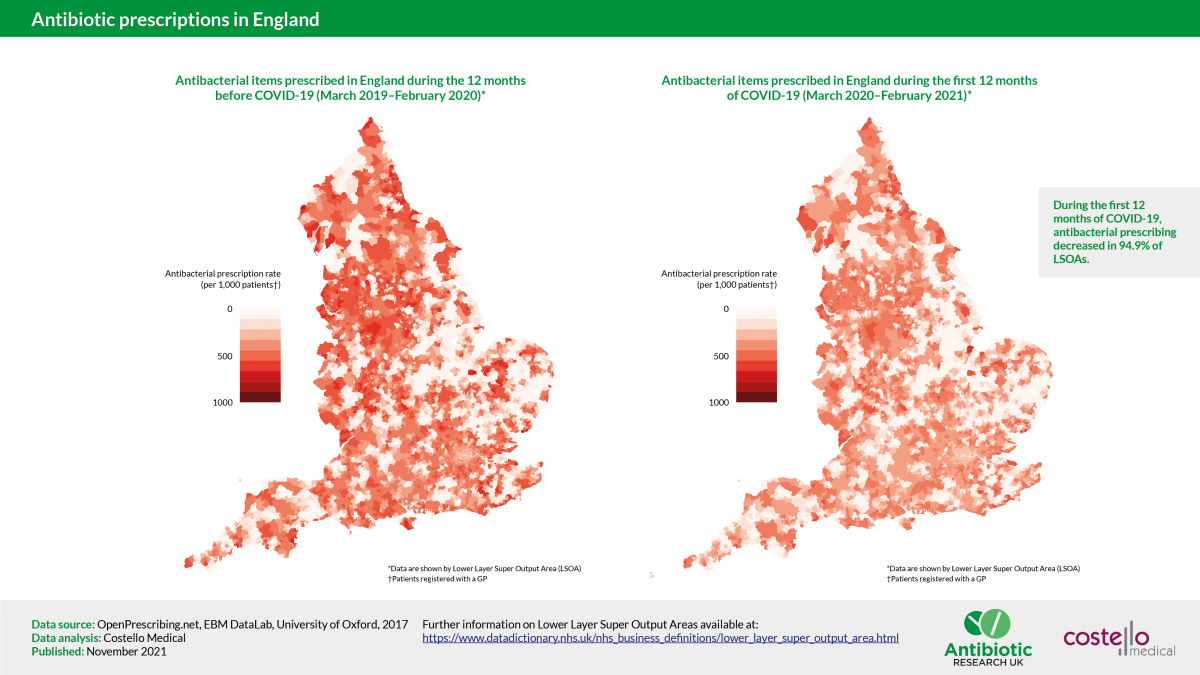 ANTRUK, in collaboration with Costello Medical, analysed NHS data from OpenPrescribing.net grouped by areas with a mean population size of 1500 people (Lower Layer Super Output Areas (LSOA*)). By studying local data from the whole of England it was possible to establish a clear national picture of antibiotic prescribing in general practice before and during the pandemic, revealing areas showing the greatest falls in prescribing and, contrary to the national trend, areas where prescribing actually rose as well. 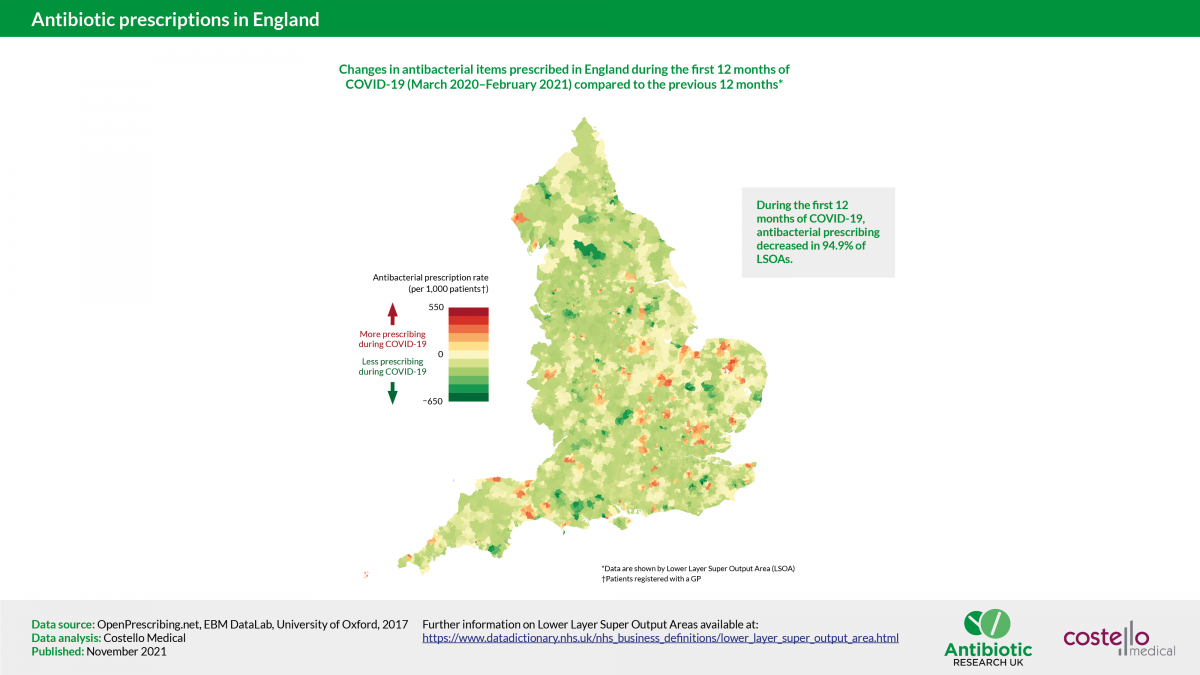 Amy Buchanan-Hughes, Head of Real-World Evidence at Costello Medical, said: “We were pleased to see that almost all areas of the country were able to reduce antibiotic prescribing during the COVID pandemic. However, there was considerable variability across the country, and we did not find any clear reason for the differences. This suggests that there is still room for improvement in many regions.” 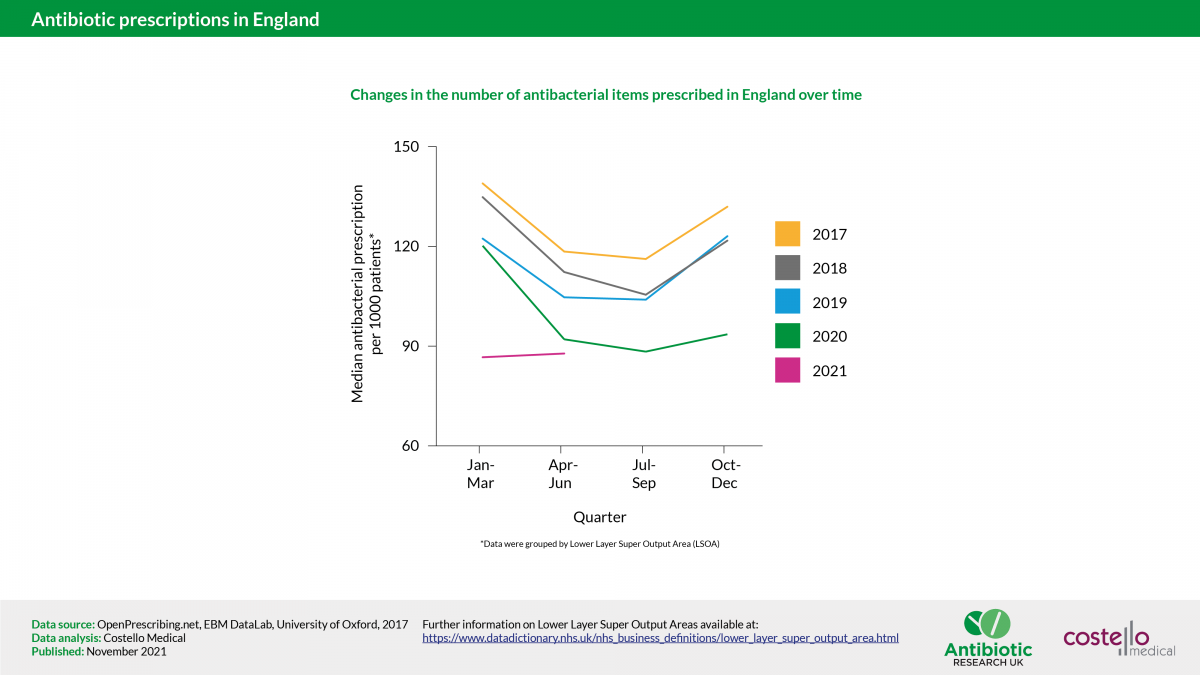 Professor Colin Garner added: “Although typical cough symptoms can take up to three weeks to resolve, we also know that antibiotics for most respiratory tract infections (your typical cough, sore throat, earache) do not speed up recovery times. Instead, they often give patients many side-effects, and promote the development of resistant bacteria. This study therefore highlights the potential of sustaining lower antibiotic prescribing rates in general practice.”

The world’s first charity and only charity focused on tackling bacterial antibiotic resistance. The charity’s mission is to develop new antibiotic treatments, educate the public about resistance and provide patient support. Since its formation in 2014, the charity has funded research, supported academic groups in universities and employed the country’s first Patient Support Officer focussed on supporting patients with an antibiotic resistant infection. The charity relies wholly on public donations and receives no government support.

You can learn more about Antibiotic Research UK at www.antibioticresearch.org.uk

Costello Medical provides scientific support to the healthcare industry in the analysis, interpretation and communication of clinical and health economic data. All research for ANTRUK was conducted on a pro bono basis.